Both trips are very suitable for the whole family and provide some good, good, good family fun!

Number one attraction in Lyme Regis! 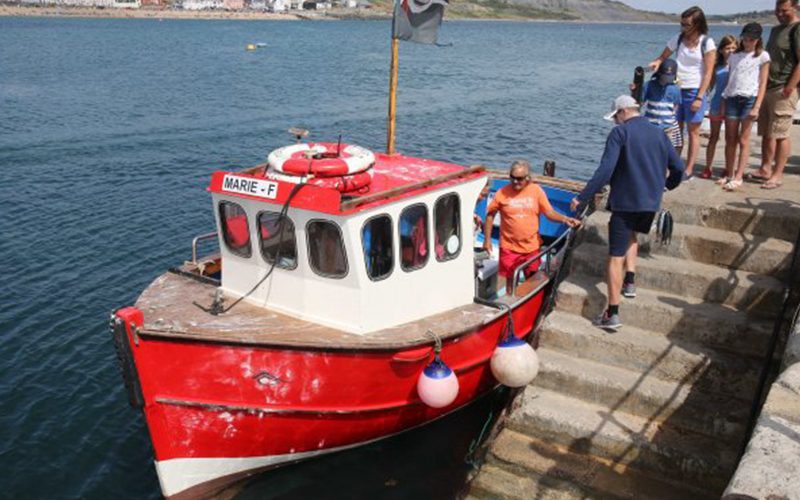 Marie F was built in 1984 by HJ Mears and Son in Axmouth, Devon and was the last wooden mackerel fishing boat built by that boatyard. Marie F is 7.3 metres in length, mahogany on oak, with a 38hp Beta Marine diesel engine.

Especially built for doing mackerel fishing trips and deep sea fishing trips the boat is wide and beamy giving everyone plenty of room. Licensed to carry 10 passengers this very popular little red boat has been chugging in and out of Lyme Regis harbour taking people mackerel and deep sea fishing for many, many years providing a safe journey and hours of pleasure for many visitors and locals alike. 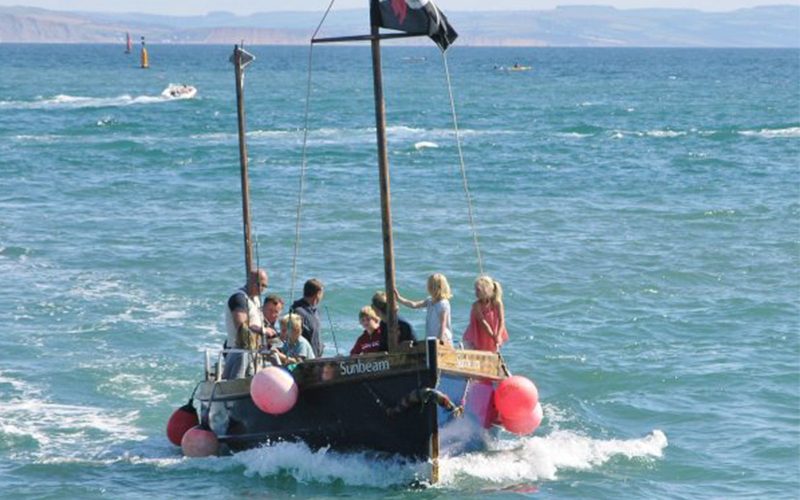 Sunbeam was originally built for Victor Homyer, an old Lyme Regis skipper and Harry’s former boss. Later in her life she was owned by none other than Ian Gillan of the rock group Deep Purple. Ian lives in Lyme Regis and used to enjoy going out in his boat deep sea fishing and mackerel fishing. He employed a skipper for many years but then decided six years ago to sell up and that was when Harry May stepped in and bought this well cared for, beautiful mackerel fishing boat.

It’s impossible to estimate just how many passengers have enjoyed fishing off this boat but it must run into thousands. Sunbeam carries the skull and crossbones flag on her forward mast and so she is the ‘pirate boat’ to the many children who come aboard. Like Marie F she is licensed to carry 10 passengers. 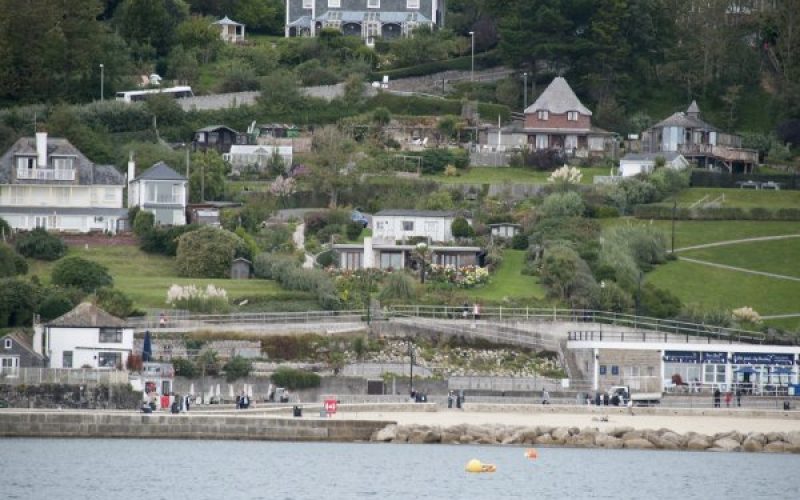 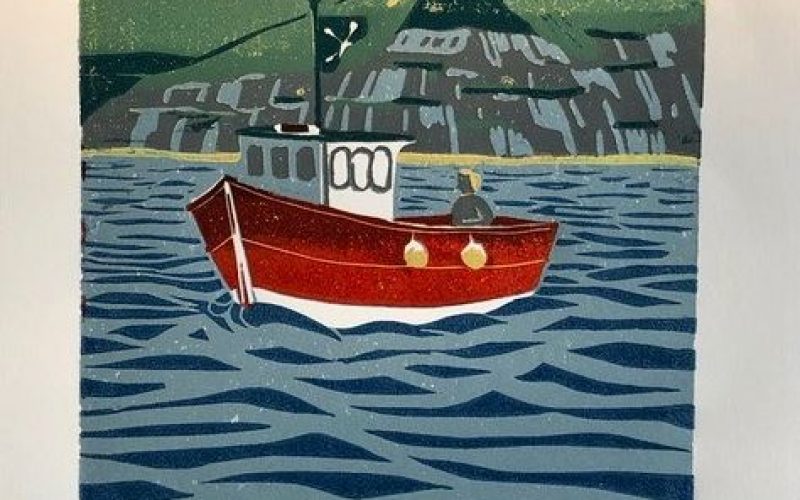 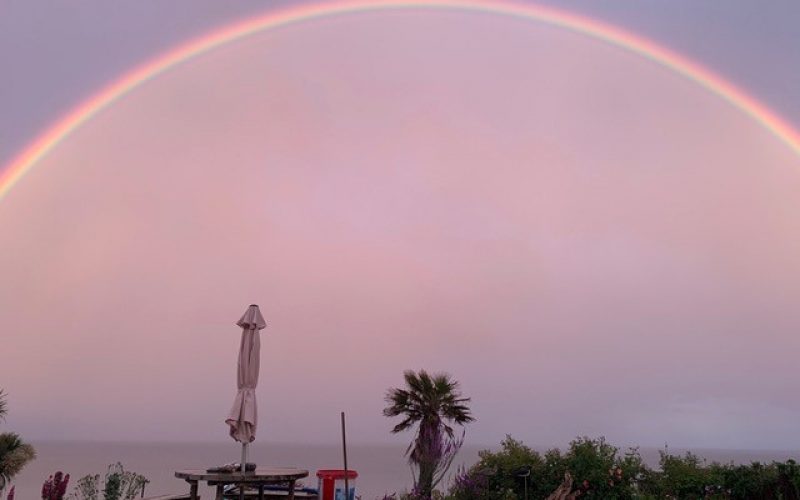 And then this appeared in the sky, one of the sharpest, clearest rainbows I have ever seen. In three minutes it was gone but it left a beautiful pink sky.